In between January and March is mid-summer across Brazil, although the balmier days are accompanied by the beginning of the rainy season in the Amazon and the Pantanal. February specifically is a popular time for Brazilians to travel, with Carnival usually falling in this month. 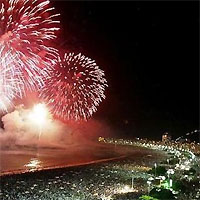