Welcome to Belize! Upon arrival, you will go through customs and immigration. Should you opt to purchase a transfer to your hotel; a representative will be waiting for you as you exit immigration. Arrive at your hotel, check in and do not give in to jet lag! There is so much for you to see and do!

Enjoy a tour of the Green Iguana Conservation Project. For about $9 USD, you’ll learn all about the iguanas of Belize and watch them in their own habitat. The tour is interactive, hands on and is a great activity for the family. Take the self-guided nature trail on the property to learn about native Belizean plants, many of which have medicinal properties. Walk back down the hill from the San Ignacio Hotel towards town and have lunch at Ko-Ox Han nah on Burns Avenue (commonly called Hannah`s), ask for the daily special. Visit the Cahal Pech Mayan Ruins and Museum (BZ$10) in San Ignacio and tour the museum and temple. Afterward, walk just a bit further up the hill from the site to the Ix'tabai Restaurant, for a cold drink and the most spectacular view over the hills of San Ignacio. Finish there for dinner or head into town for more options. 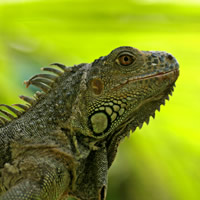 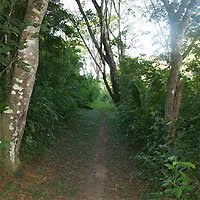 Start your day at Pop's on West Street for a hearty Belizean breakfast and plenty of coffee refills. Make your way to Chaa Creek Lodge and tour the Blue Morpho Butterfly Farm (BZ$18). There's also a self-guided medicinal trail on site. After lunch, spend the afternoon canoeing from Chaa Creek down the Macal River to San Ignacio. Catch a bus or a taxi to the nearby border town of Benque del Viejo, just a few minutes away, and head to Xunantunich, one of Belize'smost beautiful archeological sites. Head back to San Ignacio to the lively Greedy's for a happy hour drink, where locals and tourists mingle over finger foods and Micheladas (a beer with tomato juice, Worcestershire sauce, hot sauce garnished with lemon and salt). 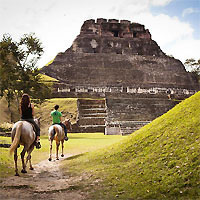 Visit the San Ignacio Market, the country's most popular outdoor market set by the Macal River; Saturdays are a must, with vendors descending on the town from every corner of the district starting at the crack of dawn and selling fruits and vegetables, cheeses, desserts, meats, clothes and pupusas (thick corn tortilla stuffed and grilled) or tacos made and served on site. There's a live gospel band and many families come out to spend the day here and have a picnic by the river. It's undoubtedly San Ignacio's most lively weekly event.

After grabbing lunch from one of the taco and pupusa stands and enjoying it by the river, head on a tour of the Actun Tunichil Muknal Cave. It's an adrenaline rush hiking through a rainforest and at times swimming through the cave. You’ll spot ancient ceramics, human bones and ultimately, the biggest sighting there: the skeleton of a young girl, sacrificed thousands of years ago. It's an Indiana Jones type of adventure you’ll never forget. 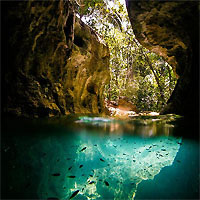 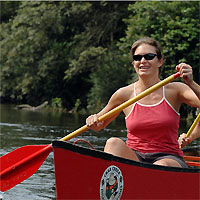 Tour the ancient Mayan archaeological site of Caracol located in the Cayo district. Long known for its ceremonial significance, no it is known that the site was one of the most important of the Maya lowlands during the Classic Period. Caracol covered approximately 77 square miles, covering an area much larger than present-day Belize City and supported more than twice the modern city's population.

Go caving at Actun Tunichil Muknal (ATM) which has been featured on National Geographic for its captivating gigantic flowstone formations, stalactites and stalagmites viewable along the 3-mile long cave. ATM features burial compartments, Mayan artifacts, calcified human remains, and stelae (monuments) which are used for burials. The Crystal Maiden, as well as several other skeletons, remain in ATM. National Geographic recently named ATM as the most sacred cave in the world. 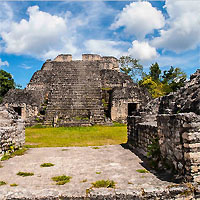 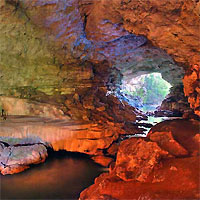 Your last day in San Ignacio 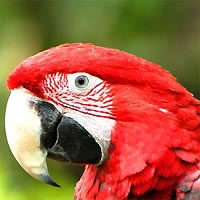