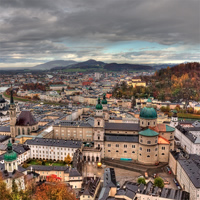 Old Town (Altstadt) is the biggest tourist area and the hub of the city. In this area, you will find sights such as Mozart`s birthplace, St. Peter`s Cemetery, church spires, and its two adjacent squares (Residenzplatz and Kapitelplatz). There is beautiful baroque architecture and narrow streets (many from the Middle Ages) amongst luxury shops, cafes, restaurants and top attractions. 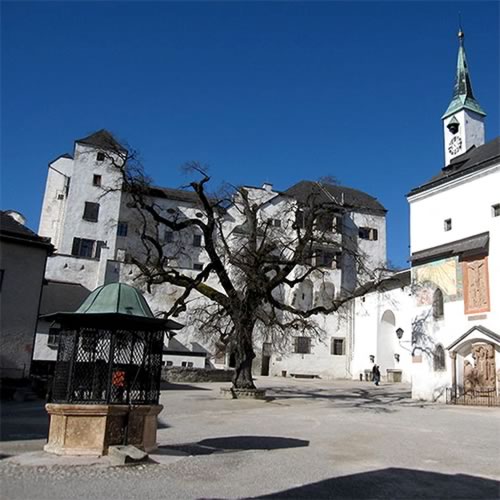 Nonnberg is located just south of Old Town on the southwestern summit of Monchsberg. This neighborhood occupies the Hohensalzburg Fortress which dominates the entire district. It’s also known best for its cameo in`The Sound of Music` as some scenes were shot here. 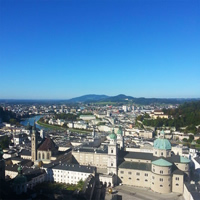 The swanky southern Schallmoos is within walking distance of all things in Altstadt. The northern part of Schallmoos lacks the rich beauty of the Altstadt with an unattractive atmosphere. Schallmoos is an expansive neighborhood overall that stretches north from Franz-Josef-Strasse and east from the train tracks. The area is residential, with stately townhouse apartments and offers an almost suburban atmosphere. This area lacks sightseeing attractions and does have a considerable amount of traffic. However, Schallmoos has converted a lot of large commercial areas into shopping malls and office buildings in recent years, which has helped to improve the over-all appearance of the district. 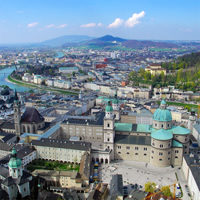 Elisabeth-Vorstadt is located in central Salzburg roughly between central station (Hauptbabnhof), the River Salzach and the Neustadt area (near the old town). Most of the hotels in this area are located within a few blocks of the train station, making this a convenient area for those arriving by train. Since the 1990`s, there have been several attempts to re-develop this area, and progress has been made, especially around the Sudtirolerplatz (the square in front of the station). The areas along the main traffic routes are still a bit unattractive.