Welcome to Porto! Upon arrival, you will go through customs and immigration. Should you opt to purchase a transfer to your hotel; a representative will be waiting for you as you exit immigration. Arrive at your hotel, check in and do not give in to jet lag! There is so much for you to see and do!

Start your sightseeing day at the Porto City Hall. This building was designed by the renowned architect Antonio Correia da Silva and construction began in 1920. Be sure to tour the six-story building and the iconic carillon clock tower. Afterwards, walk down the central promenade of Avenida dos Aliados toward the Praça da Liberdade. Have dinner at any of the numerous restaurants and cafés lining the avenue. We recommend trying a Porto favorite: the delicious sandwich called the Francesinha. Have fun wandering the promenade, people-watching and stopping in at shops along the way. 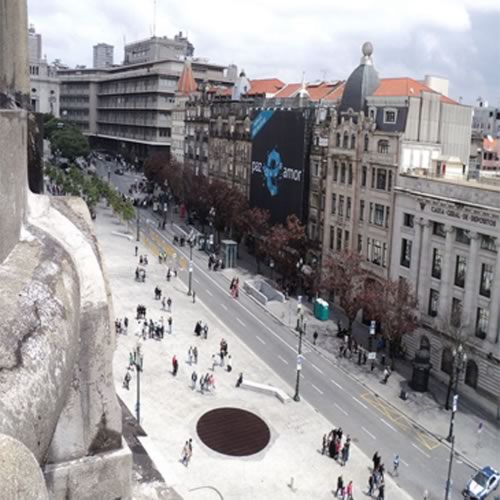 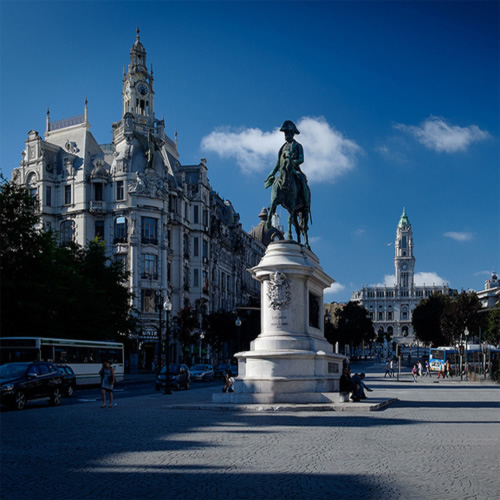 Good morning! Start your day at the Clerigos Church and Tower, one of the finest examples of Portuguese Baroque architecture in the entire country. After touring the church and tower, visit the Portuguese Center for Photography, which is very close by. After touring the museums and observing the exhibits, stroll down to the Jardim da Cordoaria. Relax in the park under the shade of numerous trees if you like.

Afterwards, stop in at Livraria Lello, one of the oldest bookshops in the country, and explore the English-language section. Nearby is the Rua de Miguel Bombarda, the epicenter of art and culture for northern Portugal. Saunter along this road at your own pace and browse the merchandise at the various shops and art galleries along your path. Take some time to eat lunch on this street, or find an intriguing between Rua de Miguel Bombarda and the gardens of Palacio de Cristal, where you can take in some breathtaking views of the old town and the riverfront.

Make your way to Palacio da Bolsa, and view the ornate Arab Room, where heads of state are routinely received. From there, stroll down the Cais da Estiva, which will lead you to Praça da Ribeira, a great place to buy souvenirs, stop at a café, and sit while you sip your coffee and people-watch. View the Muralha Fernandina, the remnants of the medieval fortress walls of Old Porto. End your day at the Porto Cathedral, whose history intertwines with that of the nation. 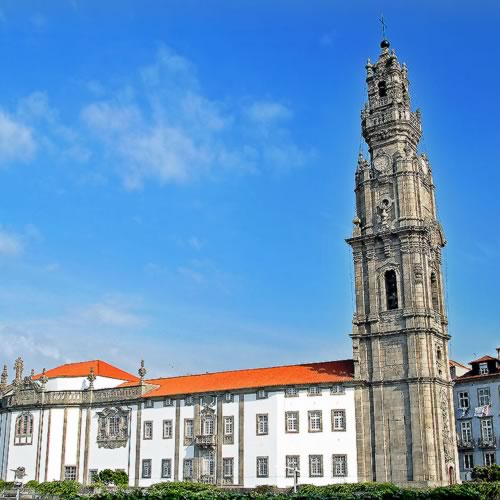 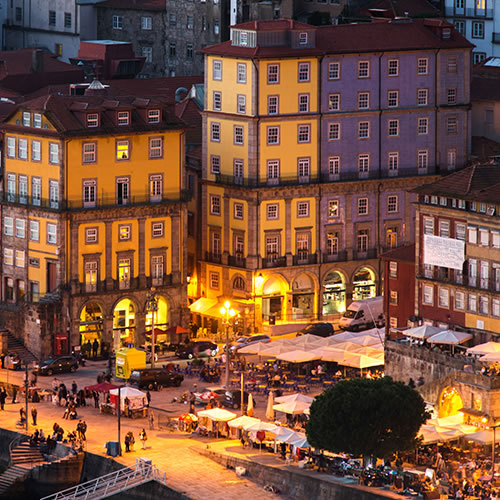 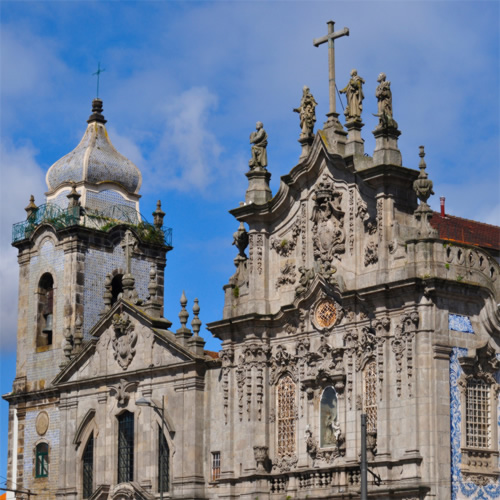 Start your morning in Batalha and take the Funicular dos Guindais down to Ribeira and enjoy the views of the riverfront and the Ponte Dom Luis I. Take a leisurely stroll across the bridge on the left side of the lower deck. Shortly after crossing the bridge, you will arrive at the Mosteiro da Serra do Pilar, a former monastery which now serves as military barracks; allow the soldiers to escort you up to the domed roof (you will have perhaps the best views of the entire area from up here; bring a camera!).

Later in the day, explore Avenida Diogo Leite and stop at various lodges in Vila Nova de Gaia along the way, tasting port and touring their cellars, or take cable cars from Jardim do Morro to Cais de Gaia, which will drop you right in the middle of all the action on Avenida Diogo Leite. There are over 15 lodges here open for touring, so wander about and feel free to take in as many tours as you like. 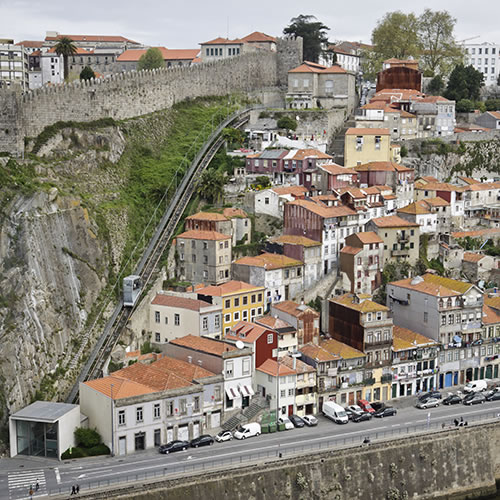 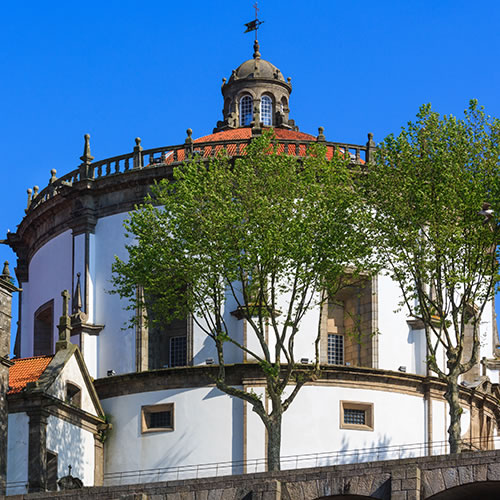 If you have extra days in the area, consider a trip to Viana do Castelo, approximately two hours away by train. This city on the sea is a dream come true for architecture buffs, who will marvel at the old town hall, the Misericordia Church and Hospice, and the Parish Cathedral, all built in the 15th and 16th centuries. The Santa Luzia Basilica is another sight to see; modeled after the Sacre-Coeur in Paris, this basilica was built in the Neo-Byzantine style, and you will surely be awestruck by the illumination of the beautiful frescoes from the rose-colored windows.

Many people plan a side trip to the cities of Braga and Guimarães, located approximately 80 minutes away. Braga, well-regarded for its Baroque monuments, is home to the oldest cathedral in Portugal, which was built beginning in 1070, as well as the Bom Jesus Sanctuary, three miles from the center of town, which is a Baroque masterpiece and one of the most popular tourist sights in the country. Guimarães was the first capital of Portugal and the birthplace of the country`s first king. Today, the city is a UNESCO World Heritage Site, with most of the buildings in the old town beautifully preserved to their 15th and 16th century zeniths. Tourists from around the world flock to the city`s 10th century castle, originally built to keep the Moors and Normans out of the city.

Finally, feel free to explore the beauty of Peneda-Gerês National Park, located about 60 miles northeast of Porto. The park covers 270 square miles in area and hosts a number of unforgettable landmarks and sights, such as the Peneda sanctuary, featuring fourteen chapels depicting various events in the life of Jesus Christ; the Roman-era stone granaries of Soajo; and the picturesque spa village of Caldas do Gerês. Whatever your pleasure, be sure to check out our optional sightseeing tours for availability and prices. 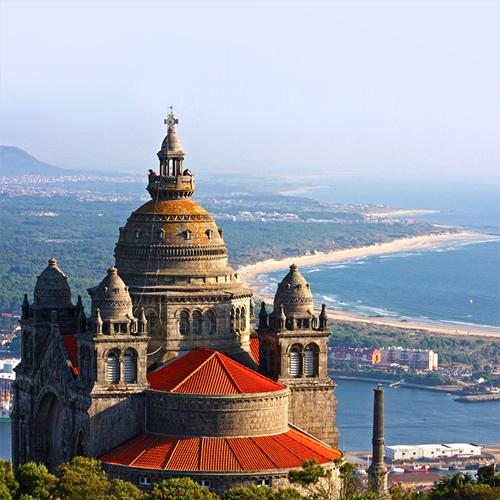 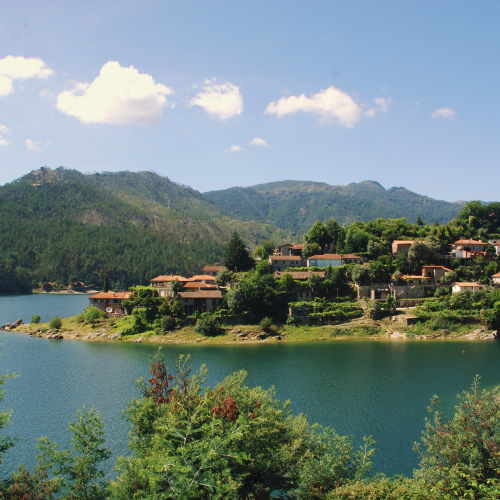 Your Last Day in Porto 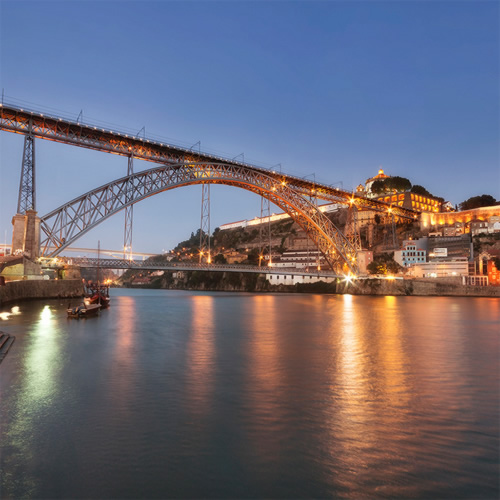