Welcome to Linz, the Regional Capital of Oberösterreich (Upper Austria)! Upon arrival, you will go through customs and immigration. Should you opt to purchase a transfer to your hotel; a representative will be waiting for you as you exit immigration. Arrive at your hotel, check in and do not give in to jet lag! There is so much for you to see and do.

Begin your afternoon with lunch in the Main Square (Hauptplatz), the original Market Square surrounded by the beautiful Baroque buildings that forms the center of the old town. On its eastern side stands the 17th-century Rathaus (City Hall) and opposite it, in the middle of the square, is the Trinity Column, a 65 foot high marble column erected in 1723 in thanks for the town`s preservation from the plague and Turkish attack. Across from the Rathaus is the Feichtinger Haus, a beautiful arcaded courtyard. Unlike in other cities, the main square allows traffic of trams and even to an extent, cars. Grab a table at one of the numerous cafes, many offering al fresco seating, enjoy a famous Linzertart and take in the ambiance of the city.

The Landstrasse (heart of Linz`s shopping district) stretches from the Promenade towards the main railroad station and is the best place to begin your exploration of Linz`s historic center. On the east side stands the Ursuline Church, dating from 1772, and Carmelite Church built between 1674 to 1726. Another old church worth noting is the Seminary Church, a small round structure with a rich interior built in 1717 to 1725.

We highly recommend a city walking tour, a short journey through the old town with stories from past and present. This is a great way to get your bearings of the area while learning the different landmarks and attractions located within the Old Town.

Next, take a stroll along the Danube River, just a short walk away you`ll find a beautiful promenade that invites a relaxing walk. There are a few charming cafes and bars with a view as well. We highly recommend a boat trip on the river to admire the city from a different perspective. Afterward, be sure to take a walk along the Danube after sundown to see the center and other area museums lit up as part of a stunning riverside lightshow.

Finish your evening over a nice dinner in the central area of the city. There are plenty of bars and restaurants to choose from. And if time and energy allow, head to the Linz `Bermuda Triangle` in old town, probably the most widely-known bar district in the city. Here you`ll find a lively scene and something to suit every musical taste. 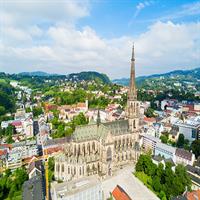 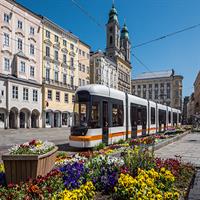 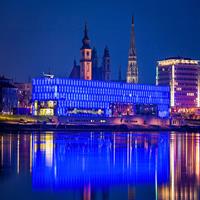 Start the day off early and take the Pöstlingberg tramway from Hauptplatz, it`s a precipitous ride that provides fantastic views over the valley below to the top of the Pöstlingberg. Enjoy breakfast with the best views over Linz, especially in the warm season, at one of the restaurants with a terrace to take in the stunning scenery.

Once in Postlingberg, be sure to visit the beautiful Pilgrimage Church, built in 1748, the most notable features include a lovely 18th-century Pieta of carved wood, and its stunning views.

A fun diversion in Postlingberg is the amusing Grottobahn, a more than 100-year-old attraction that consists of a narrow-gauge train resembling a dragon (known as the `Dragon Express`) which pulls visitors through a series of caverns inhabited by characters from famous fairy tales.

As you head back into town, halfway down the mountain, there is also the Linz Zoological Garden that is not only home to 600 species but also gives guests even more time to enjoy the amazing view and nature around.

Grab lunch back in town before spending your afternoon at the Mauthausen Memorial, an important site of remembrance that offers a look at one of the darkest periods in Austria`s history. It was here that from 1938 to 1945, close to 200,000 individuals from some 40 countries were held prisoner by the Nazi regime, with an estimated 90,000 dying here due to its brutal conditions. A variety of English language guided tours are available, as well as English language audio-guides that are also on hand for those wanting to navigate on their own through the memorial.

The journey begins in the modern visitor center, once the infirmary, where exhibits provide a disturbing overview of life in the concentration camp and its network of subcamps across Austria. Numerous artifacts from the camp are also on display, as is a list of the names of over 81,000 people who perished here, many of them dying on the infamous quarry stairway, or `Stairway of Death,` which can be viewed and climbed as part of your visit. A shop and a café are located on site. Expect to spend a minimum of two to three hours here.

If time allows, we recommend a visit to one of Austria`s most impressive Cathedrals. The Mariendom is the largest church in Austria with a capacity of 20,000 people. Although largest, it is only the second highest Austrian church, as it was forbidden under the Austro-Hungarian Empire to build buildings that were higher than Vienna`s St. Stephen’s Cathedral. Especially remarkable are the cathedral`s glass-stained windows, such as the Linz Window or the Emperor Window. In 2009, the extraordinary project, Tower eremite, was created, which gives visitors the opportunity to live eight days in complete silence and solitude in the cathedral`s tower.

Spend your evening taking in some culture of the city by seeing a play at the State Theatre. Known for its famous operas, musicals and plays in the most modern opera building in all of Europe. Performances in Linz include the Italian opera classic La Traviata by Giuseppe Verdi, Shakespear`s A Midsummer Night`s Dream, and Tschaikowsky`s ballet Swan Lake.

After a busy day of sightseeing, head back to your hotel for a restful night sleep. 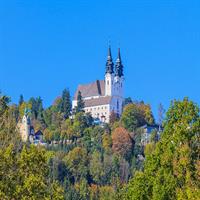 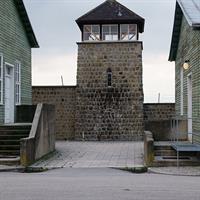 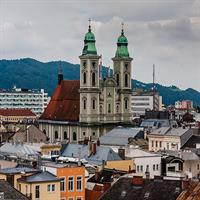 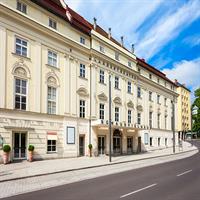 Start your day today cycling along the Danube River. The Austrian part of the Danube Cycle Path is one of the most famous cycle routes in Europe and probably one of the busiest, with about 38,000 cyclists a year. A great starting point is in Passau, Germany to make your way downstream to Austria. However, even cycling only a small stretch of the routes gives a memorable impression of the lovely nature surrounding the Danube. It also gives visitors of Linz the opportunity to get out of the city for a while and get an impression of the whole region and charming neighboring towns.

Spend your afternoon at the excellent Ars Electronic Center, also referred to as the Museum of the Future. The museum is one of the fascinating places you could visit the different types of technology and interactive features are so much fun to use and learn about the technology shaping our modern world. You`ll discover displays relating to climate change and pollution, space exploration, biotechnology, and robots. Even if you are not a fan of new technologies, the museum is a fabulous place to visit.

Another top tourist attraction worth visiting is the city`s OÖ Kulturquartier district. More often than not simply referred to as the `OK,` it's here you'll find the Offenes Kulturhaus, a contemporary art gallery hosting regular exhibits from Austria and abroad, as well as an arthouse cinema and a variety of dining options.

Alternatively, enjoy another of Linz`s state-of-the-art museums located on the banks of the Danube, the Lentos Art Museum (Lentos Kunstmuseum) is one of the most important art galleries in Austria. Highlights of this spectacular museum are its rich collection of over 1,500 pieces of artwork, including examples from the 19th century, as well as classical modernist masterpieces by the likes of Austrians Gustav Klimt and Egon Schiele. Other highlights include a collection of famous works from the German and Austrian Expressionist movement of the 1920s and 1930s, as well as international works from the postwar period. The museum also has a notable collection of sculptures, sketches, and photographs, as well as a shop, a reference library, and a great restaurant with a large patio overlooking the Danube.

On your last evening in Linz, end your day enjoying some traditional Austrian cuisine. There is certainly no shortage of great places to go in the area. Afterward, linger over a glass of wine and take in the evening ambiance. 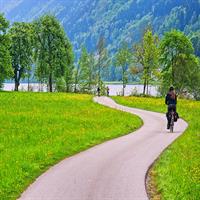 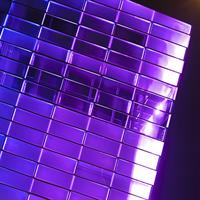 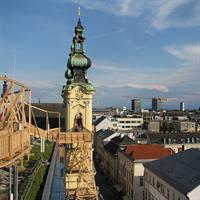 Should you be able to spend additional days in Linz continue to discover the city by heading to the eastern slopes of Freinberg, a 30-minute walk from the city center. Here you`ll find the beautiful Botanical Gardens, considered among Europe`s most beautiful gardens. Home to more than 10,000 species of plants spread over fowerbeds and greenhouses, the garden features many exotic specimens, including various cacti, a excellent Rosarium, and numberous alpine flowers in the Alpinum.

Another great way to do some sight-seeing is to head about 5 miles west of Linz on the southern bank of the Danube to the little town of Wilhering, famous for its sprawling 12th-century Cistercian Abbey. Founded in 1146 and rebuilt in the 18th century after a upsetting fire, Wilhering Abbey (Stift Wilhering) is well worth making the short trip from Linz to explore (especially if you can do it by boat). Make sure to check out the modern art gallery here, located in a former guesthouse thought to be the oldest surviving part of the complex. The church is also a highlight with one of the finest Rococo interiors in Austria, along with a number of attractive frescoes. 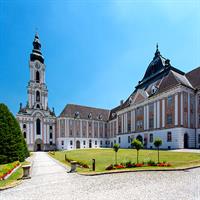 Your Last Day in Linz 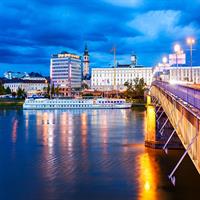