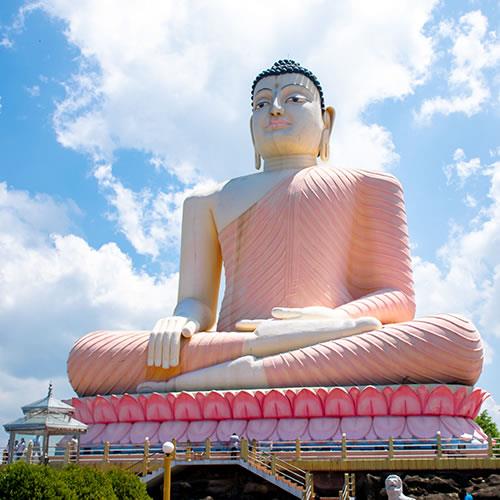 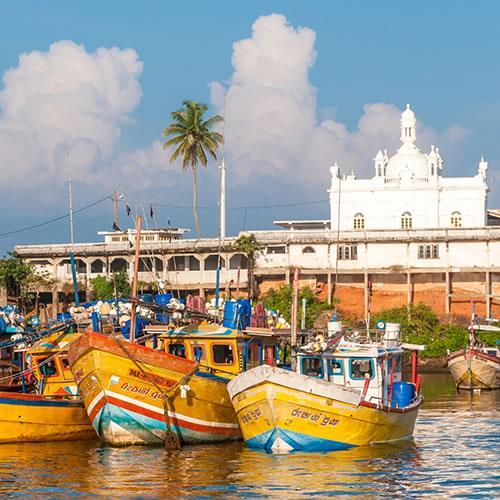 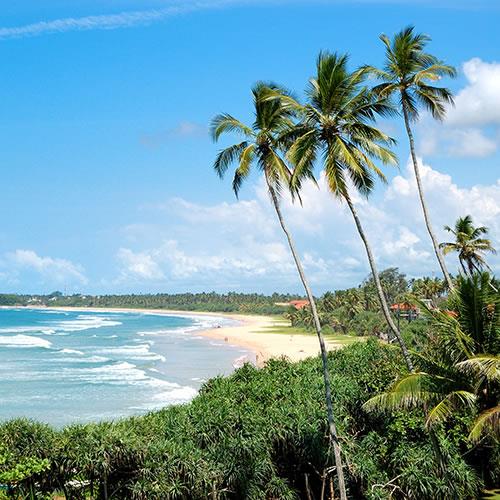 Bentota is a resort town on Sri Lanka`s southwest coast only two hours away from Colombo. It is famous for its breathtaking view, especially Bentota Beach, which extends across five miles. Bentota is a place where you can find peace and calmness, like at the Kande Viharaya Temple with its large pastel-colored Buddha statue. 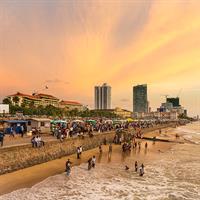 Sri Lanka and Maldives by Air

An exotic combination of these two countries: Sri Lanka and Maldives, for a trip that won't be forgotten. Visit the Sri Lanka capital city; Colombo (a busy and vibrant place with a mixture of modern life and colonial buildings and ruins) and then, a transfer will take you to the Sri Lanka’s southwest coast, to; Bentota (a resort town, famous for its beaches. The northern region is a sandy strip known as Paradise Island, and the southern region has large bands of white powdery sand, shady corkscrew palms and curved bays, prime for sunbathing, walking, swimming and other recreational activities. Finally, catch a flight to your last destination, in Maldives Island (known for their natural environment including the blue ocean, white beaches, and clean air). This is a flexible vacation package. Select your number of nights in each city, desired hotel and activities.

Sri Lanka Holiday Escape. Combine Colombo (the commercial capital and largest city of Sri Lanka by population), Galle and Bentota (Its long Bentota Beach stretches north, where it becomes a sandy strip known as Paradise Island, parallel to Bentota Lagoon. Coral-rich dive sites include Canoe Rock) with transfers between cities included. This is a flexible package. Select your number of nights in each city, desired hotel and activities.

Bentota
Map of Point of Interest

Sri Lanka and Beyond